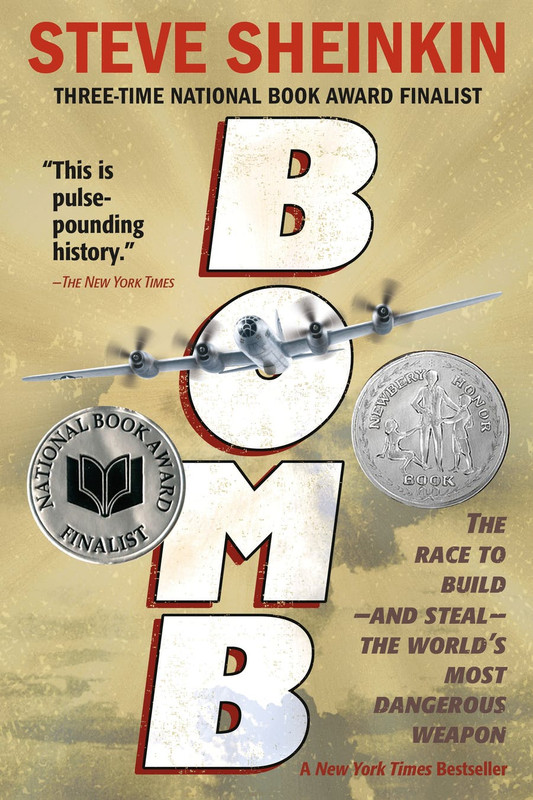 Perfect for middle grade readers and history enthusiasts, New York Times bestselling author Steve Sheinkin presents the fascinating and frightening true story of the creation behind the most destructive force that birthed the arms race and the Cold War in Bomb: The Race to Build—and Steal--the World's Most Dangerous Weapon.

In December of 1938, a chemist in a German laboratory made a shocking discovery: When placed next to radioactive material, a Uranium atom split in two. That simple discovery launched a scientific race that spanned three continents.

In Great Britain and the United States, Soviet spies worked their way into the scientific community; in Norway, a commando force slipped behind enemy lines to attack German heavy-water manufacturing; and deep in the desert, one brilliant group of scientists was hidden away at a remote site at Los Alamos. This is the story of the plotting, the risk-taking, the deceit, and genius that created the world's most formidable weapon. This is the story of the atomic bomb.