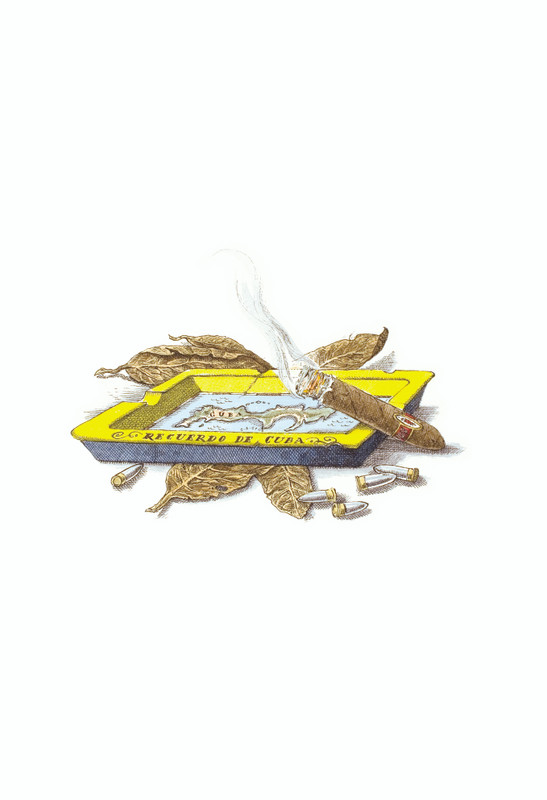 In a hotel of Havana, under the fixed sun of the Revolution: the fierce and partisan overtones of leather and tobacco meddle with the paneling’s waxen silence. In the cool dimness, fawn grimaces shimmer along with the smoke of cigars and the barrels of guns.