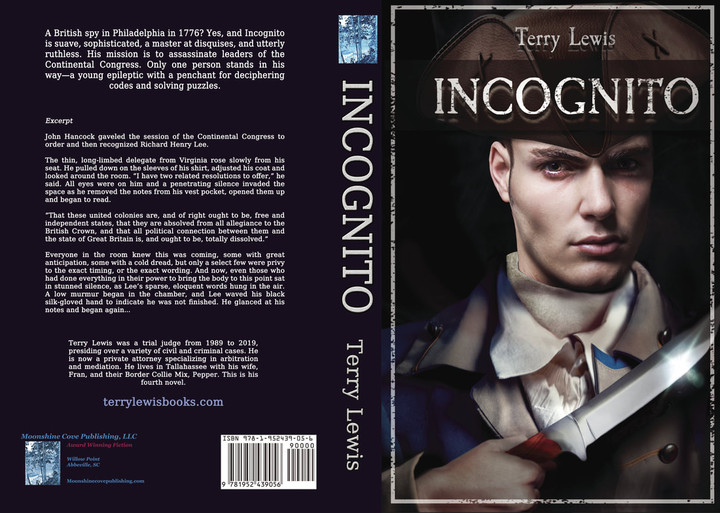 INCOGNITO'S MISSION IS TO ASSASSINATE LEADERS OF THE CONTINENTAL CONGRESS IN 1776.As the colonies begin to talk openly of political separation from England, a coded letter is deciphered. It suggests that an assassin, code name Incognito, is headed to Philadelphia to assassinate key leaders of the Continental Congress. The assassin may have co-conspirators in the city, and in the Congress itself.

Will Harrell, the young man who decoded the letter, is tasked with investigating the matter, uncovering the identity of the assassin and his confederates, and foiling the plot. While he works feverishly against the clock, he must deal with some skeptical and uncooperative delegates, an abundance of suspects but a scarcity of hard evidence, his own self-doubt, and a widening plot that includes a planned assassination of General George Washington in New York.

Will is determined to thwart the assassin, but his adversary is creative and resourceful, a master of disguise, handsome, charming, and thoroughly ruthless. The price Will must pay to stop him may prove too dear.