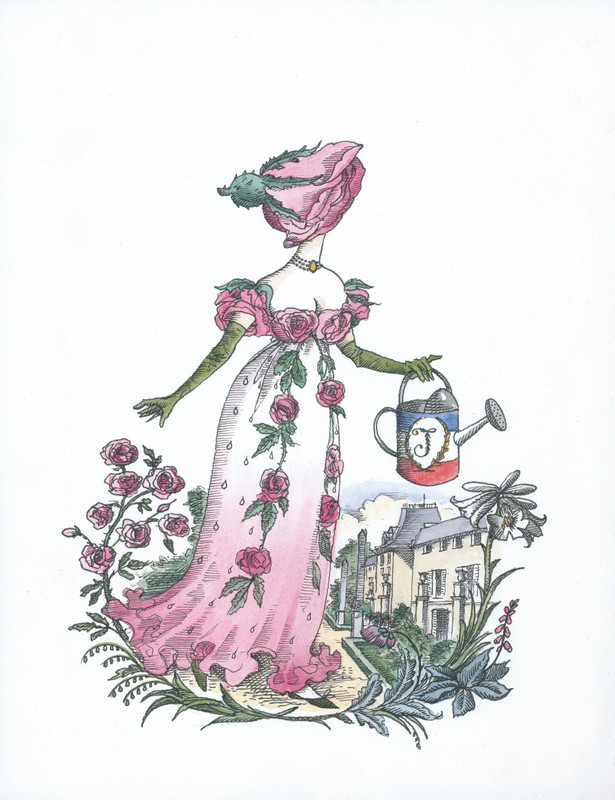 The muffled light of dawn slips through the flower beds. A fine shadow sneaks among the roses, jasmine, camellias and irises. With her delicate green thumb, she awakens the dazzling fragrances of a garden with an imperial destiny.