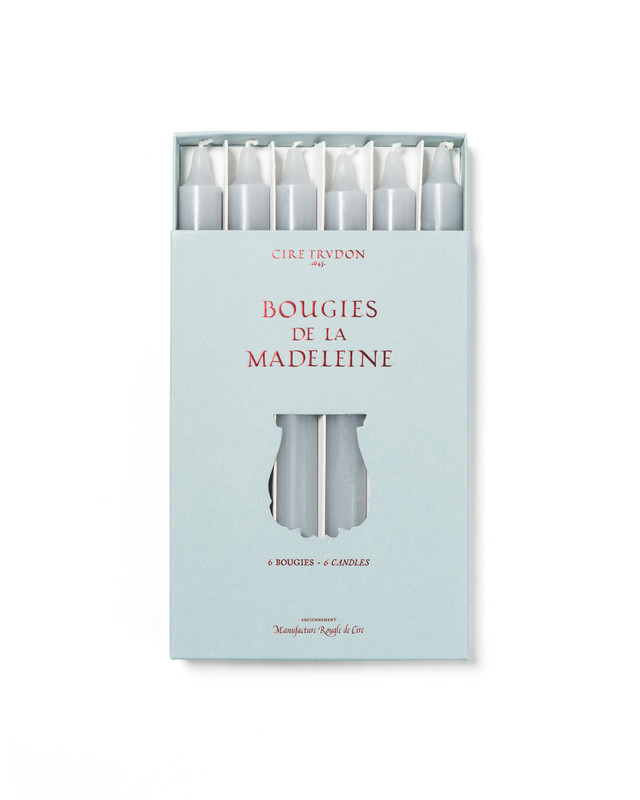 Called Madeleine, these candles used to illuminate the Madeleine church in Paris. They are made, employing traditional methods, in our Normandy workshop. Dyed in small lots, Madeleine candles are created from superior quality wax. They are dripless and smokeless.