The Truth: Real Stories and the Risk of Losing a Free Press in America (HB) 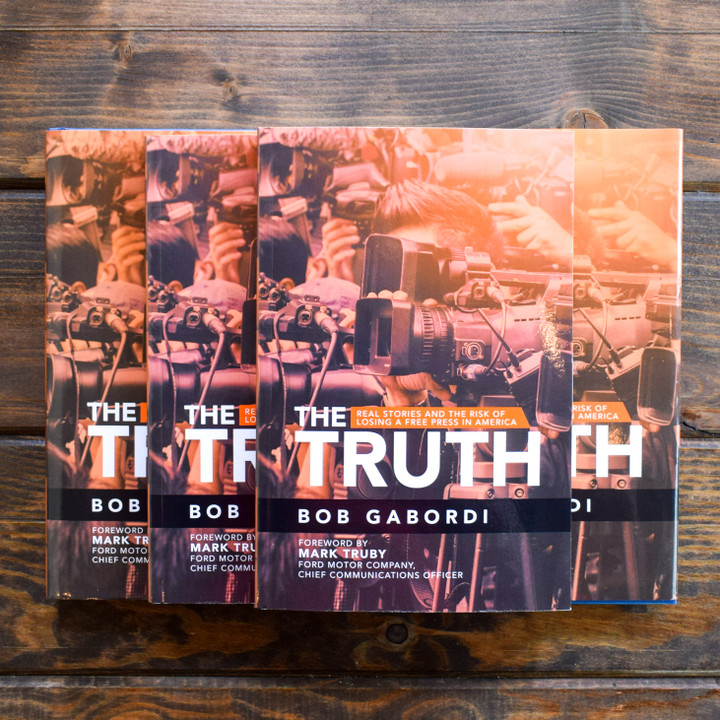 The Truth: Real Stories and the Risk of Losing a Free Press in America (HB)

I can still feel the chills as I recall the scene on Fifth Avenue below the editor’s office in August 1997. This was really happening. Justice had prevailed. Two people were given their lives back because of the journalism by my team, the courage of our reporter and photographer. Now, their family was gathering in front of the building, holding copies of an EXTRA edition of The Herald-Dispatch that declared their freedom, holding signs and crying tears of gratitude. This was why, I was sure, the Founders had created the First Amendment. We had stood up to a foreign government and forced our own to do the right thing. Stories would not always end so elegantly. Justice and good journalism do not always win. There would be decades of frustration between moments of celebration. But this is a moment when journalism won. And it felt amazing.

Bob Gabordi spent 41 years as a journalist, most working for America’s largest newspaper company, Gannett, during its heyday as the nation’s premiere news organization. He has a passion for truth telling. He championed public service journalism and was a cheerleader for communities he lived in. He has a deep-seated belief that freedom and democracy require reporting and news outlets that are free of political influence and physical or economic duress. In a column detailing FLORIDA TODAY (Brevard County) journalists’ coverage in 2017 of hurricanes Harvey and Irma, he wrote: “I’m growing weary of the ‘fake news’ labeling. There is nothing fake about the journalists I work with. There is nothing fake about a man or a woman ignoring his or her own safety to tell a story or provide information that might help a fellow citizen.” He began as a reporter banging out stories on a manual typewriter and ended in 2019 as an editor pushing augmented reality and podcasting as new journalism tools. His newspapers won some of the nation’s top awards. He was a four-time winner of Gannett’s president’s ring as a finalist for editor of the year. His column won eight first-place awards from the Florida Society of News Editors. Mark Truby, chief communications officer for Ford Motor Company, writes in the forward to The Truth: “(Gabordi) used the prism of his life … to bring humanity to the pages of the newspapers he edited. He’s a living testament to the power of local journalism at a time when these vital institutions are in grave peril and he has the amazing stories to prove it.” Gabordi traveled to Turkey, Armenia and Pakistan with the International Center for Journalists and taught news management at the Center for Excellence in Karachi. He hosted two dozen foreign journalists.

The United States of Cocktails: Recipes, Tales, and Traditions from All 50 States (and the District of Columbia)