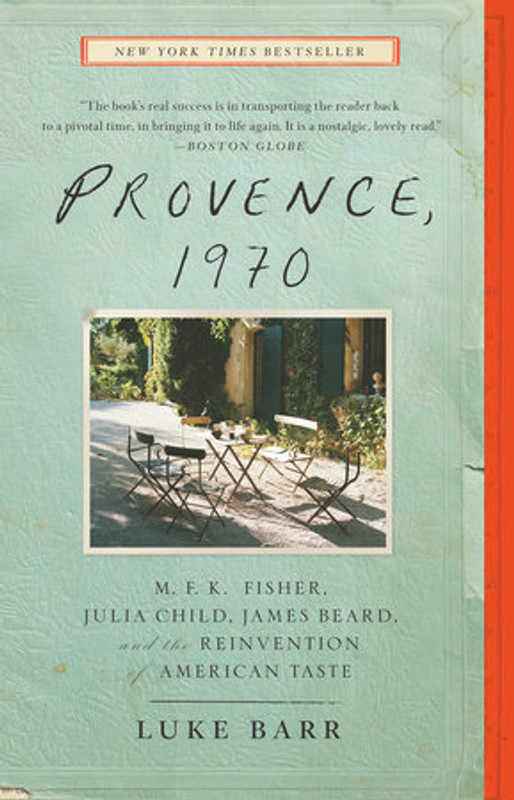 Provence, 1970 is about a singular historic moment. In the winter of that year, more or less coincidentally, the iconic culinary figures James Beard, M.F.K. Fisher, Julia Child, Richard Olney, Simone Beck, and Judith Jones found themselves together in the South of France.

They cooked and ate, talked and argued, about the future of food in America, the meaning of taste, and the limits of snobbery. Without quite realizing it, they were shaping today’s tastes and culture, the way we eat now.

The conversations among this group were chronicled by M.F.K. Fisher in journals and letters—some of which were later discovered by Luke Barr, her great-nephe

In Provence, 1970, he captures this seminal season, set against a stunning backdrop in cinematic scope—complete with gossip, drama, and contemporary relevance.