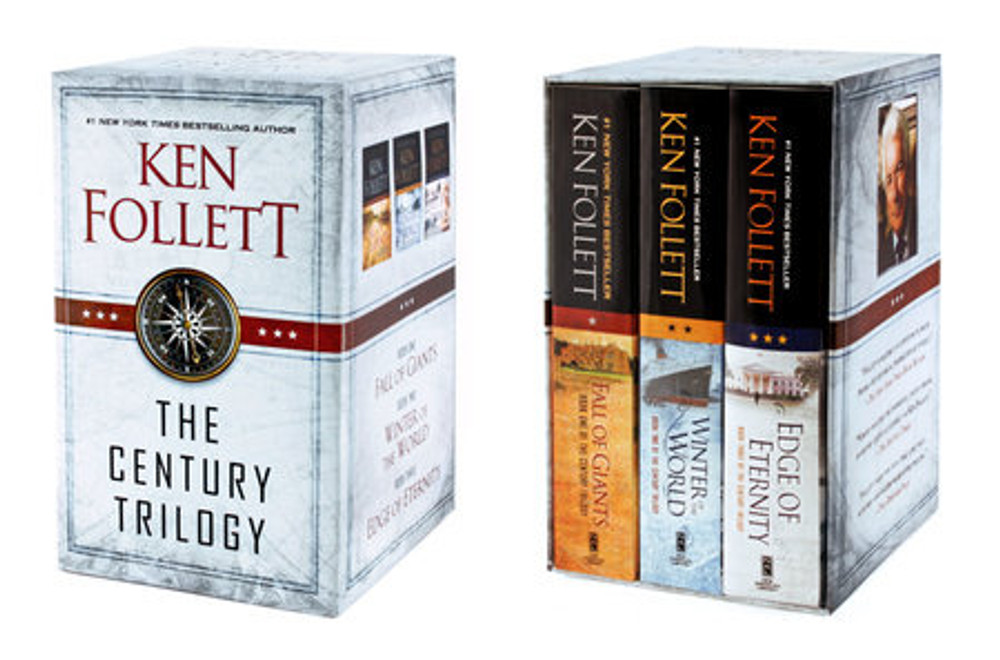 The Century Trilogy by Ken Follett

Ken Follett follows the fortunes of five international  families—American, German, Russian, English, and Welsh—as they make their way through the 20th century. The boxed set includes all three volumes: Fall of Giants, Winter of the World, and Edge of Eternity.