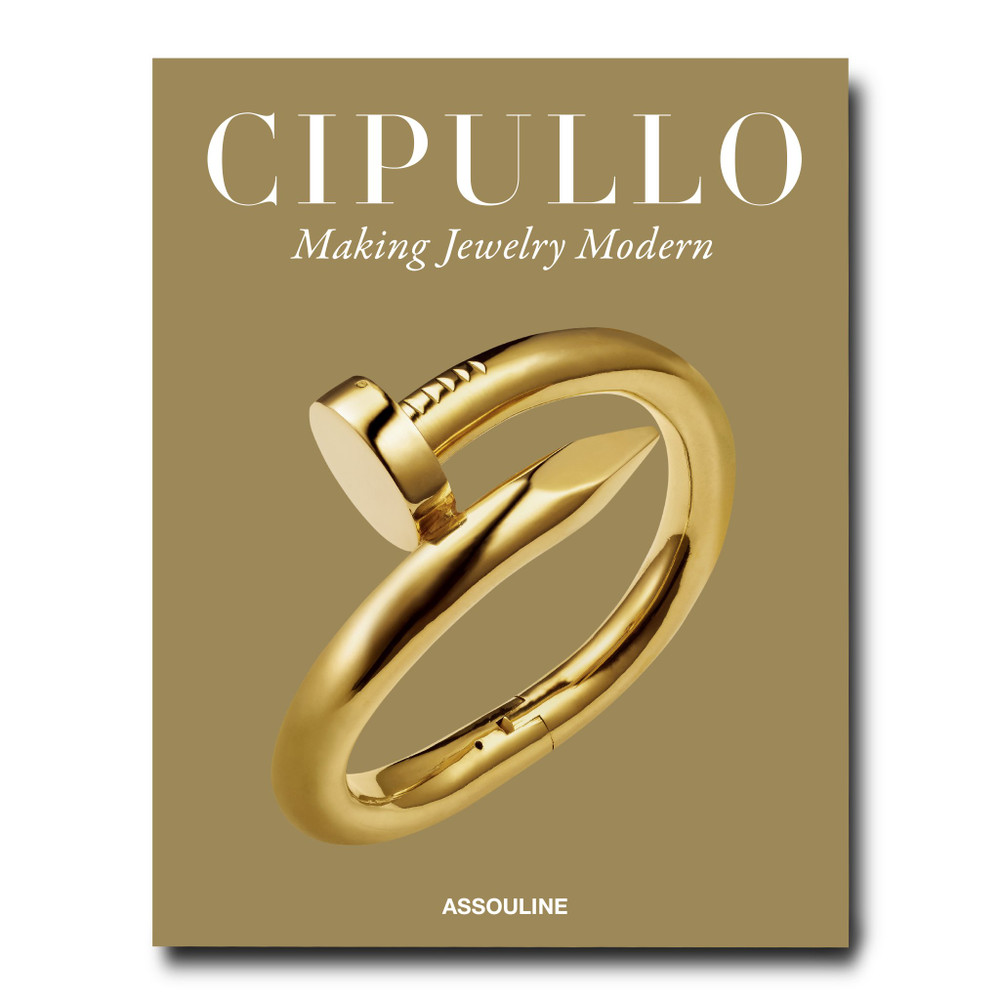 This slipcase volume is filled with striking images of Aldo Cipullo’s modern jewelry designs, which are both iconic and universal, intimate yet also intensely personal, contemporary and timeless. Punctuated with Cipullo family photos and fond anecdotes from Aldo’s friends, Cipullo: Making Jewelry Modern unfolds the story of one of the most innovative and, until now, enigmatic talents of modern jewelry history.

Born in Naples in 1935 to a family of jewelers, Aldo Cipullo became the most glamorous jewelry designer of the 1970s and early ’80s. Aldo left Italy for the exciting possibilities of life in New York City, enrolling at the School of Visual Arts. By 1960 he was working for the acclaimed society jeweler David Webb, who was renowned for producing designs that were bold and expressive, to then joining Tiffany & Co., where he began developing his own design vocabulary.

In 1969 he moved to Cartier alongside the company’s President Michael Thomas, where, at the top of his craft, he introduced some of the most modern and timeless creations, such as the Love bracelet, a seminal design that is fastened to the wearer’s wrist with a special screwdriver. He followed this up in 1971 with the Nail collection, inspired by a nail wrapped around the finger or wrist, a surprising creation that embodied the gritty glamour of New York of the time.