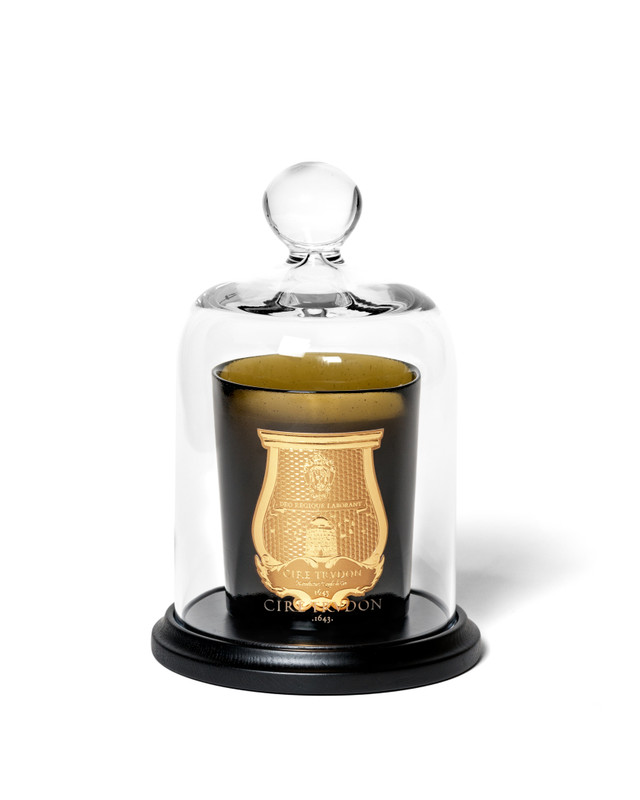 Throughout the 20th century, the wedding cloche progressively lost its symbolic function in the home and entered into the realm of a collectible or interior decoration. Since the opening of its boutique in Paris, Cire Trudon has utilized these traditional glass bells to display candles. These cloches have become part of an important house ritual, as they are carefully lifted to reveal the candle’s exceptional scents. Today, Cire Trudon makes these glass bells available to allow admirers of the brand to glorify their candles in their own interiors. The blown glass dome is decorated with the Cire Trudon logo and paired with a handcrafted and polished wooden base. Connected to the storied history of Cire Trudon, this luxurious object protects the candle and concentrates its perfume. La Cloche is perfect for the classic candle but the small candle fits also.