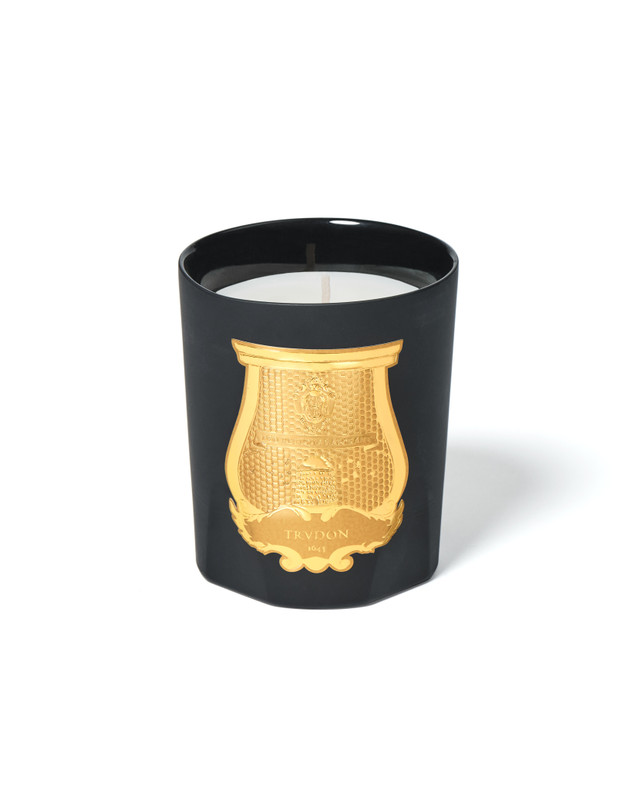 The fantastical world by Mary Shelley's work: a combination of spices as the recipe for a strange potion, tender and exotic wood notes expressing a desire for movement, a soft amber, and tobacco accord reminiscent of certain scents of her time.

Cire TrudonFounded in 1643, on the threshold of the reign of Louis XIV, Cire Trudon is the oldest Candlemaker in the world still active today. Throughout the 17th century, the manufacturer became the Royal Wax Manufacturer and official supplier in the French court, then to Napoléon Bonaparte. Cire Trudon received a Gold Medal during the 1889 Universal Exhibit as a reward for the outstanding quality of its candles and wax.Cire Trudon enlists well-known “noses” to create perfumes for the stories it wishes to tell. Each candle is still dripped and made by hand in its factory in Normandy, perpetuating a luxury manufacturing that helps perpetuate the skills of its founder, Claude Trudon.Maison Trudon has asked British painter and illustrator Lawrence Mynott to create an original drawing for each one of the fragrances in the line. Lawrence Mynott is one of the top illustrators, designers, and portrait painters of his generation. A control of pen and ink, stencil, paint, scraperboard, and pencil underlines his versatility in fashion drawing, caricature, figurative subjects, and portraiture, but his signature can be seen above all in his attention to detail, innate style, elegance, and wit that he brings to every project.Tadine - Sensuality of Sandalwood - Head Notes: Cardamom | Hearth Notes: Sandalwood Essential Oil | Base Notes: Guaiac Wood