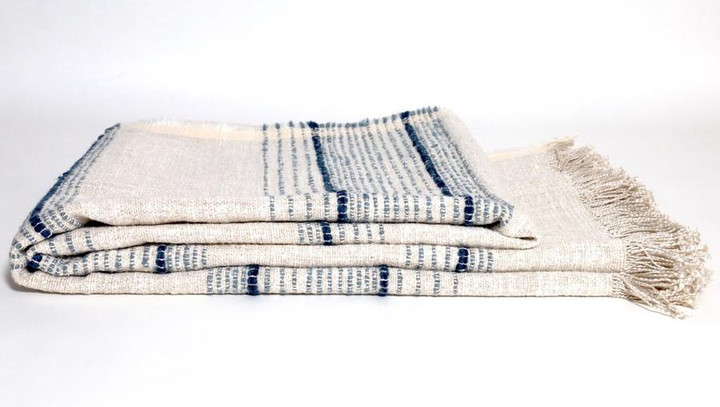 Woven in Belgium using traditional weaving techniques, the Davis features a Belgian Linen warp and alternating Belgian Linen/Mixed Fiber weft. The alternating wefts create a stripe that plays with both texture and color

Born and raised in Belgium, Alain and Laetitia began their adventure 25 years ago. It began when they said “I do” and success was waiting for them just around the corner. Coming to North Carolina nine years ago to live the American Dream, they decided to bring their Authentic Belgian Linen throws to the U.S. market. Uniq’uity became more than they could have ever have dreamed, and they believe even more greatness is to come