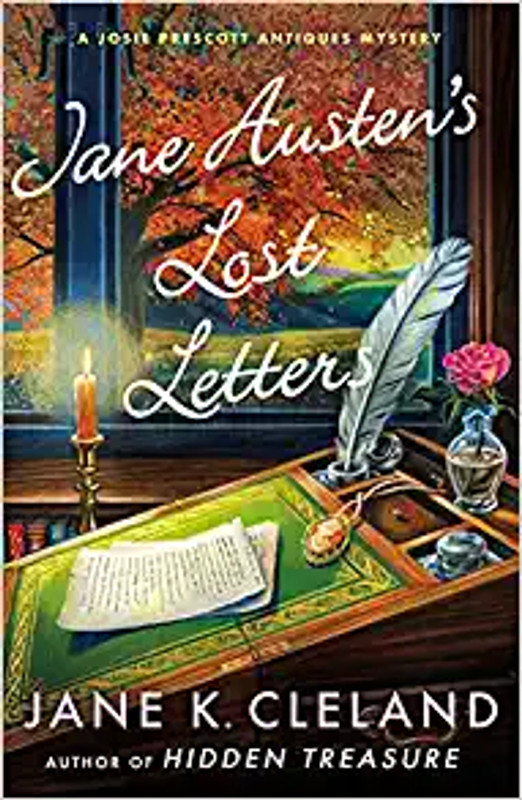 Antiques appraiser Josie Prescott is in the midst of filming a segment for her new television show, Josie’s Antiques, when the assistant director interrupts to let her know she has a visitor. Josie reluctantly pauses production and goes outside, where she finds an elegant older woman waiting to see her.

Veronica Sutton introduces herself as an old friend of Josie’s father, who had died twenty years earlier. Veronica seems fidgety, and after only a few minutes, hands Josie a brown paper-wrapped package, about the size of a shoebox, and leaves.

Mystified, Josie opens the package, and gasps when she sees what’s inside: a notecard bearing her name―in her father’s handwriting―and a green leather box. Inside the box are two letters in transparent plastic sleeves. The first bears the salutation, “My dear Cassandra,” the latter, “Dearest Fanny.” Both are signed “Jane Austen.” Could her father have really accidentally found two previously unknown letters by one of the world’s most beloved authors―Jane Austen? Reeling, Josie tries to track down Veronica, but the woman has vanished without a trace.